Was the Accident (Maybe) Also Your Fault ? 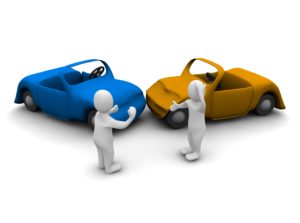 Whether your case involves a crash at a stop sign, a trip and fall down a staircase, a broken elevator, a failure to diagnose breast cancer or some other type of injury claim, one important issue that always comes up is comparative fault.  This concept looks at the totality of the circumstances that caused the injury and permits the judge or jury on your case to assign percentages of fault to the parties involved. Here are some important things you need to know about comparative negligence and how it can affect your case.

What is Comparative Negligence?

Comparative negligence is the legal concept that allows a judge or jury to assign a percentage of fault to each person involved in the incident.  After the case is presented to a jury by the attorneys, the Court will ask the jury to decide the relative fault of each party involved. For example, in an accident case at a traffic light involving two cars, the Court will explain the law covering liability at traffic lights and direct the jury to decide whether the defendant was negligent, and if so, whether the injured party was also negligent.

Why is Comparative Fault Important?

Understanding the concept of comparative fault is important, because it can affect the amount of money you are awarded.  Specifically, if the jury finds that the injured party is also responsible for the incident, and assigns a percentage of fault to the injured party, then the award is reduced by that percentage.   For example, if the jury finds that the pedestrian crossing the street was 50% at fault because he failed to look before crossing – then an award of $100,000 would be reduced by 50% to $50,000.

Is Comparative Fault an Issue in Every Case? The legal concept of comparative negligence applies to most injury cases – although not all.  There are some cases where the injured party cannot be blamed as a matter of law.  For example, a doctor cannot reasonably seek to hold a baby comparatively negligent for brain damage, when the claim is that the doctor committed malpractice during labor and delivery.  In contrast, however, a doctor may seek to hold a patient comparatively negligent for failing to seek treatment sooner in a failure to diagnose cancer case.

While comparative negligence is usually an issue in car accident cases, there are some limited circumstances when it is not.  For example, if your the vehicle was struck from behind, the law presumes that the defendant was 100% at fault for the accident as a matter of law.  Similarly, if you were a passenger in an accident, comparative negligence is usually not an issue.

If you have any questions concerning comparative negligence, contact our experienced personal injury attorneys for more information by email or calling (800) 762-9300.  You can also get started by simply filling out one of our case intake forms, and we will have one of our attorneys get right back to you.